How to Keep Cliches From Sucking the Life From Your Writing 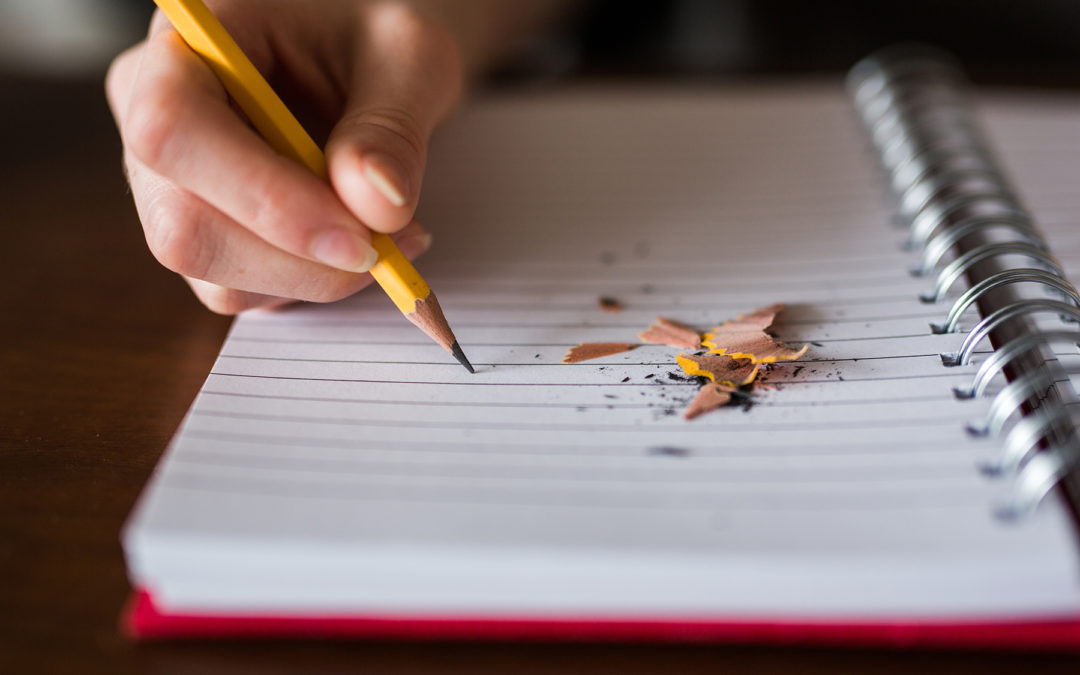 If only walls could talk.

Think outside the box.

But at the end of the day.

What do these have in common? They’re all clichés, and they cause writing to feel soft, mushy, and flacid (gross word, right?).

So why do we hear them and read them everywhere? Cause they’re easy. They make great filler when there’s a hole in our writing or thoughts, and they say little so it’s difficult to disagree with them. They feel good to say, as if you’re participating in the grand scheme of life alongside everyone else.

clichés don’t have to be full on phrases, either. clichés can come in an overused word, one that has become en vogue in a culture but then quickly loses meaning because of the multitude of ways it is used. Take “gratitude,” for example. Gratitude is undeniably abstract. It means something different to different people. Is it a feeling? An action? A string of words like “thank you?” And with its overuse in social media, it’s dangerously close to being so ubiquitous and overdone that it’s cliché. The words are nearly meaningless; no one can argue with you when your words are so vague and watered down that they have no flavor.

I recently read George Orwell’s Politics and the English Language, a collection of essays on writing that will rock your world if you’re into that kind of thing (and by “into that thing,” I mean becoming a better writer). Although he talks about language in politics and propaganda during WWII, his take on the way we use words is incredibly useful today.

Georgie’s main point about clichéd writing is that a writer who falls back on a cliché is avoiding the deep thought necessary to come up with the word that would actually describe what we’re trying to say. In other words, it’s lazy writing (and thinking). It saves us the trouble of coming up with something original and accurate. His take on finding that elusive turn of phrase: let the meaning choose the word, and not the other way around.

When you think of a concrete object, you think wordlessly, and then, if you want to describe the thing you have been visualizing you probably hunt about until you find the exact words that seem to fit it. When you think of something abstract you are more inclined to use words from the start, and unless you make a conscious effort to prevent it, the existing dialect will come rushing in and do the job for you, at the expense of blurring or even changing your meaning. Probably it is better to put off using words as long as possible and get one’s meaning as clear as one can through pictures and sensations.

“Through pictures and sensations,” Orwell tells us. In other words, start by picturing the moment, embodying the feeling, imagining the physical experience, and then try to find the words that describe it.

So, let’s think about what gratitude brings to mind and to body… in images and in feelings. For me, it’s the feeling you get around the holidays when you pull into your parents’ driveway and step out of the car and feel the cold crisp air on your skin. It’s the feeling you get when you stand on the threshold, knowing the people on the other side of the door are waiting for your arrival. It’s walking through the door and smelling that smell, the one that is found nowhere else in the world but in that place, with those people. And it’s the smell of hours of food cooking on top of everything else. It’s the sound of all of your loved ones talking (or yelling) at once in a mix of Spanish and English. It’s laughter and a glass of wine in your hand before you’ve even set your stuff down.

That’s gratitude for me. The feeling behind all that. Do you see that it’s still difficult to put into one pat phrase that rolls off the tongue easily? And do you see that it’s completely different for you? Even if I fail at finding one word, crafting one sentence, the paragraph above still created a very vivid image and sensory experience for you, and it was probably a new way of experiencing gratitude through someone else’s writing.

There are no fast and hard rules in writing, despite what you might read. You can use clichés if you want to, but think about a better way to say what you want to convey. Ask yourself, What am I getting at? And if the answer is I don’t know, then it could be your point needs a little more development in the first place. Take a moment to think about the images that come to mind, or the feelings that flood your body. Give yourself the chance to come up with something original instead of relying on an old cultural chestnut.

Because at the end of the day, you should avoid clichés like the plague. (I know, I’m sorry, I couldn’t help it.)