How do I know when my book is done? 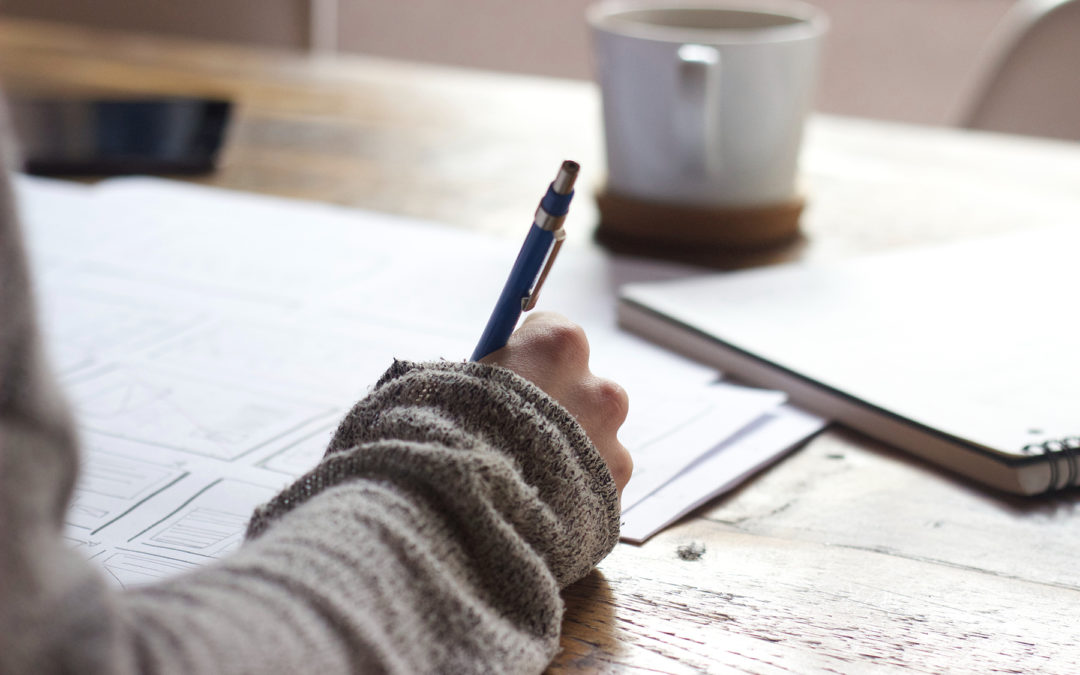 If you’ve ever written a book, or article, or anything that required deep thought and work, you’ve probably run into the same problem. When is the book finally done? Many a writer has spent weeks or months laboring over the crucial points he or she was trying to make in the book, still adding and deleting case studies, and still agonizing over whether the book was “done,” long after the deadline has passed.

I have good news and bad news. I’ll give you the bad news first: The truth is, the book is never going to be done.

Writing a book is a transformative process, though we tend not to think of it in those terms. As entrepreneurs, we’re focused on the end goal and the after-goodies that the book can bring: speaking gigs, leads, more authority. We don’t think about the fact that book writing is creative work, and requires not only your analytical mind but your emotional and creative mind, as well.

And that means that your emotions are going to get involved in this process, whether you like emotions or not. Your emotional hang-ups, insecurities, and foibles will rear their heads during this process. If you, like so many of us (myself included), have any sort of limiting belief about whether your work is “good enough” or “worthy enough,” it will be very difficult to know when it’s time to let it go…. and then follow through and do it. If you have perfectionist tendencies… well, that’s going to be extra tough.

But here’s the good news: The book is never going to be done.

I know, you’re thinking “But Sara….” and rolling your eyes, but stick with me for a moment.

The really wonderful thing about book writing is that it tests your methodology and ideas on paper. Many of my clients are speakers or have been teaching their ideas for years. They’ve never put it down on paper ad nauseum, however, and they’ve never had to explain it in such a way that a reader who knows nothing of their topic will get it. So when they do it for the first time, they see some of the holes in thinking or areas for improvement.

It’s an iterative process at it’s best: you take an idea from one medium (the stage) to another (paper) and you see all kinds of ways that your ideas, teachings, and message can be improved. As a result, you too are changed – you are better at what you do at the end of your book process than you were at the beginning because your ideas have been tested and polished. You are evolved and will continue to do so, but the book is going to feel like it’s not up to your standards – it’s already old news – because you’ve moved past it.

You might not be able to get around this, but you can reframe it. First, think of it like this: Your book is really just a snapshot of you at one moment in time. It’s the best you can do at the moment that you hit publish on Createspace, or hit send on that big email to your publisher. Let it be that snapshot and accept that it will never be perfect.

Second, it’s okay that you haven’t included everything you know right now. Some of your readers will be ready for your newly acquired advanced knowledge, but most of them will still need the simplified version. They don’t need everything – they need the most important pieces of information that will get the result they are seeking.

And finally, it will never, ever, ever be perfect. Every book on your shelf is filled with “mistakes” that the author cringes over every time she or he thinks about them, but you have never noticed. This is easy to say, but perfectionism is a cruel and crushing standard to place on yourself. Whenever I feel it, I think of this story from Osho’s book, Creativity: Unleashing the Forces Within (edited slightly for brevity).

Once there was a great sculptor, a painter, a great artist. His art was so perfect that when he would make a statue of a man, it was difficult to say who was the man and who was the statue. It was so lifelike, so alive, so similar.

An astrologer told him that his death was approaching, he was going to die soon. Of course, he became very much afraid and frightened, and as every man wants to avoid death he also wanted to avoid it. He made statues of himself, eleven in number, and when Death knocked on his door and the Angel of Death entered, he stood hidden among his own eleven statues. He stopped his breathing.

The Angel of Death was puzzled, could not believe his own eyes. It had never happened – it was so irregular! God has never been known to create two persons alike… He is absolutely against carbons, he creates only originals. What has happened? Now, whom to take away? Only one has to be taken…

The Angel of Death could not decide. Puzzled, worried, nervous, he went back. He asked God, “How should I choose?” God laughed. He called the Angel of Death close to him, and he uttered the formula in his ear, the key to finding the real among the unreal. He gave him a secret code and told him, “Just go, and utter it in that room where that artist is hiding himself among his own statues.”

The Angel of Death went, not yet believing it was going to work, but when God has said it he has to do it. He went into the room, looked around and, not addressing anybody in particular, he said, “Sir, everything is perfect except one thing. You have done well, but you have missed one point. One error is there.”

The man completely forgot that he was hiding. He jumped, he said, “What error?”

Death laughed and said, “You’re caught! This is the only errors: you cannot forget yourself. Come on, follow me.”

When we seek perfection we lose perspective – it becomes all about us and our personal need. If we can forget ourselves and focus on the reader who really needs our book, we can move past this. That’s no to say you’ll ever leave it behind entirely. No, I dare say we will all feel it every time we create. But instead of letting us stop us or keep us from releasing our work to the world, we can remember the person who needs our help and let it go.

So, is your book done? Perhaps it’s useful to reframe the question: Is the book ready to be released to the world? That, my friend, is an easier question to answer. I like Seth Godin’s take on the matter: “The reason that you need tricks, distractions, graph paper, desk toys, retreats, conferences, and a coach is that the resistance will do whatever it can to slow you down and average you out. So fight it. Defeat the resistance. Ship often. Ship lousy stuff, but ship. Ship constantly.”